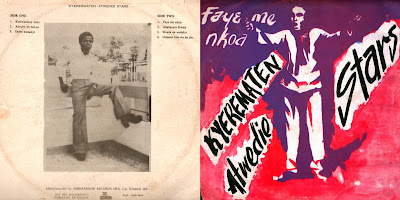 After these classics now something a bit more modern: The Kyeremateng Stars, also sometimes spelled 'Kyerematen'. A definite favourite, but quite unknown. It seems to be a kind of Gospel-Highlife, looking at some of the covers and song titles (and in the second track you even get a sermon like interlude by Kyeremateng Atwede himself). Anyway, I like them mostly for their uptempo songs, their plaintive voices and the playful organ.
Judge for yourself, ignore the terrible cover (In African music there seems to be an inverse relationship between the quality of the music and the cover..)

Well, it's been some time now, i've been a bit lazy. But thats all gone change now, i'll try to get at least one message / track a week done. And i have collected some real gems lately, so that should not be a problem.
First another African Brothers track, this time belonging to the lp you see in my previous post.
African Brothers - Ade Aye Me


And now something else: One of the other great icons of Ghanaian highlife: E.T. Mensah and his Tempos 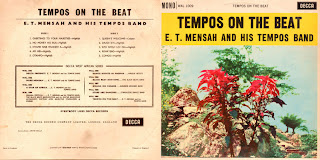 A fine highlife about the great rivers of Africa.
E.T Mensah - congo


Here is another example from the famous Decca West-Africa series: 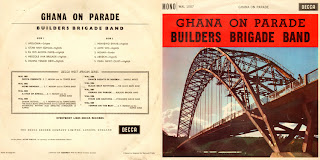 
Last but not least, a band I never heard of before: 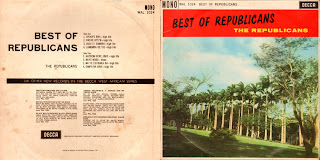 The Republicans - ahoofe bra
Posted by Akwaboa at 4:30 AM 2 comments: