Here's another little treat: Otarus Brothers. Benjamin Otarus founded his own band in '72, after playing guitar for Rex Lawson and st Augustine. I think it is a really strange sound, with the drummer allowing himself a lot of freedom to play around while the clave keeps the band together.
But after a while, it really grows on you. Judge for yourself: 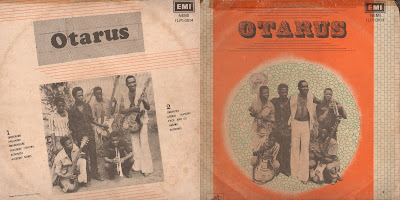